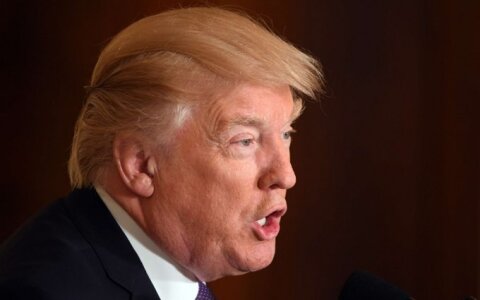 The United States President Donald Trump has applauded the Lithuanian commitment to raise defence spending and reach the NATO-prescribed margin of 2 percent of the gross domestic product (GDP).

"I greatly value Lithuania's commitment to spend at least two percent of gross domestic product on defense by 2018, which sets an important example of burden-sharing among Allies, as does your advocacy for a stronger NATO role in fighting terrorism," Trump said in a letter to Lithuania's Presiden