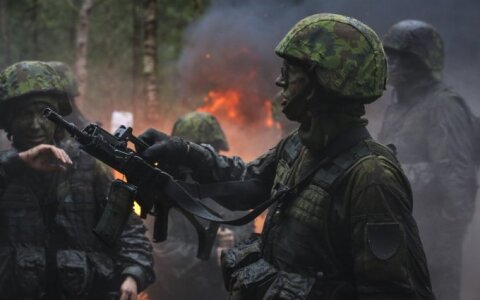 Lithuania is opening this year's largest national exercise Saber Strike 2017 on Friday to allow troops and officers of internal service coordinate their actions.

The exercise in Marijampolė and Vilkaviškis, southern Lithuania, will last until May 7, involving the Armed Forces' Peacetime Operational Forces, Response Forces and supporting units.

In addition to the troops, the training will include officers of the Police Department, the Public Securi