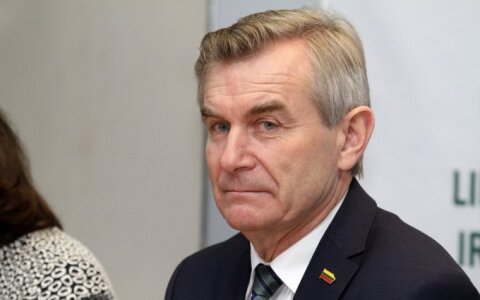 Viktoras Pranckietis, the speaker of the Seimas, thinks that the Lithuanian parliament should overturn the president's veto regarding in-house purchases in municipalities as such a ban would affect local enterprises.

"There is no solution as to how enterprises operating in municipalities would be replaced if there are no in-house purchases. Thus, we can't just close them and say this is no longer allowed," he said on the Žinių Radijas station on Wednesday.