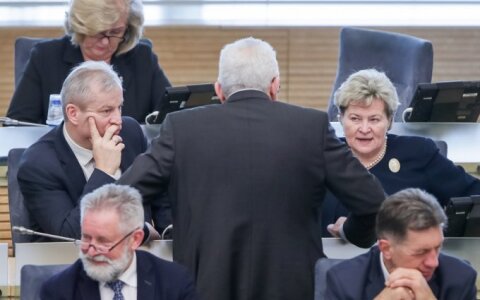 The Lithuanian Social Democratic Party (LSDP), the junior partner in the ruling coalition, will not support a parliamentary committee's conclusion that Mindaugas Bastys, a member of the LSDP political group in the Seimas, acted against the interests of the Lithuanian state by maintaining close and constant contacts with representatives of Russia's state nuclear energy corporation Rosatom.

"The political group has decided that it will not approve of these conclusions, because they are basically based on assumptions. We maintain that no investigation was carried out, which resulted in making the conclusions that we cannot approve," Irena Šiaulienė, the LSDP group's head, told repo