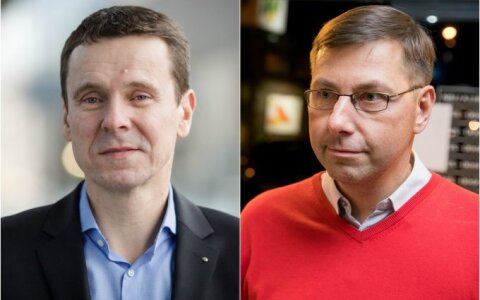 MP Gintaras Steponavičius of the Lithuanian Liberal Movement met with MG Baltic Vice-president Raimondas Kurlianskis to discuss illegal financing for his party and voted in favor of legislation benefiting the business group's interests, thus undermining the authority of the Seimas and disgracing the name of a lawmaker, the country's prosecutor general said on Tuesday as he asked the parliament to strip the parliamentarian of his legal immunity over a possible abuse of powers.

In his address to the Seimas, Evaldas Pašilis mentioned two meetings between Steponavičius and Kurlianskis in 2015 and 2016 and two votes in the parliament.

According to the prosecutor general, Steponavičius and Kurlianskis agreed on Oct. 29, 2015 that MG Baltic companies would transfer