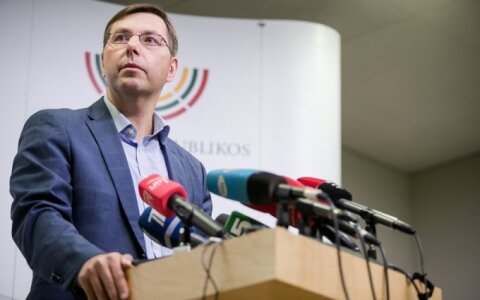 Gintaras Steponavičius of the Lithuanian Liberal Movement said on Friday that he would not step down as a lawmaker despite calls from Viktoras Pranckietis, the speaker of the Seimas, to resign amid illegal funding suspicions

Steponavičius said that he should not be identified with a political corruption case in which Eligijus Masiulis, a former leader of the Liberal Movement, is suspected of taking a bribe from MG Baltic, one of the country's largest business groups. In his words, business people legitimately suppor