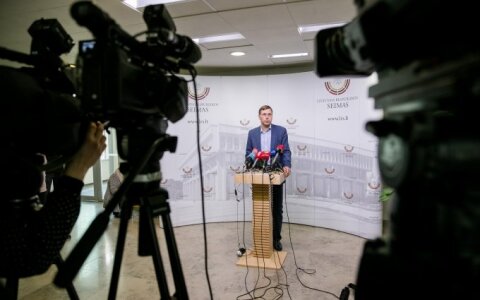 MG Baltic, one of the biggest business groups in Lithuania, transferred money to bank accounts of a fund and a public establishment linked with the Liberal Movement, not the party's accounts, after the party's former Vice-Chairman Gintaras Steponavičius met with MG Baltic representatives, the Prosecutor General's Office has said.

According to investigation data, the money was transferred in early 2016 for what is suspected to be publicity of Steponavičius' work and the election campaign.

"The money was transferred to bank accounts of a public establishment and a support fund related with the political party. Accord