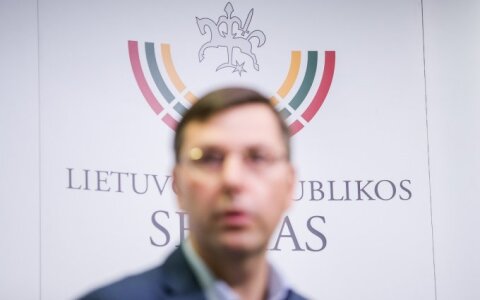 Gintaras Steponavičius of the Lithuanian Liberal Movement says that he does not plan to step down as a member of the Seimas and denies having abused his powers as a lawmaker.

"I do not agree with what the prosecutors regard as a misuse of powers by me as a member of the Seimas, because as a politician I have never done anything counter to the law," Steponavičius told reporters on Thursday.

The Liberal lawmaker said that he would ask Viktoras Pranckietis, the sp