Seimas was asked to strip MP Steponavicius of immunity 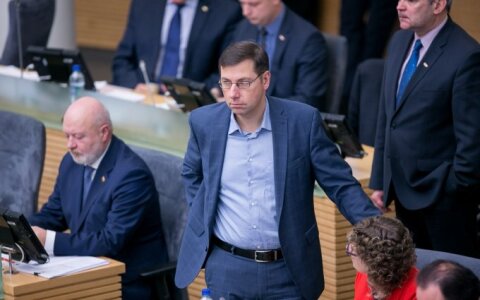 Lithuanian Prosecutor General Evaldas Pašilis is asking the parliament to strip MP Gintaras Steponavičius of his immunity from criminal prosecution.

Prosecutors say that they have sufficient grounds to believe that the member of the Seimas has in the past voted in favor of legislation benefiting the interests of MG Baltic, one of Lithuania's biggest business groups.

In his request to the Seimas, the prosecutor general says that such act

Seimas was asked to strip MP Steponavicius of immunity