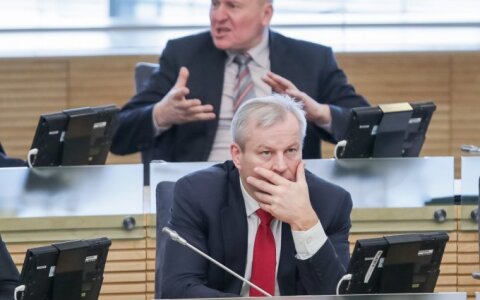 Mindaugas Bastys, a member of the Social Democratic political group in the Seimas, says that he does not intend to step down as a lawmaker even if a parliamentary probe finds that his actions pose a threat to national security.

"I believe I won't. Let's wait and see what happens next," he told reporters when asked if he would give up his MP mandate if the National Security and Defence Committee's findings were unfavorable to.

According to the lawmaker, if the committee concludes after its probe that his contacts w