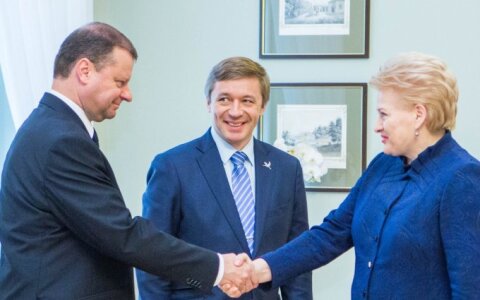 Lithuania's President Dalia Grybauskaitė has dismissed the public discussions of the ruling coalition about split as a mistake, adding that it was the ruling bloc that had to address the situation and take the responsibility for the tensions rather than shift it upon the opposition.

"The responsibility falls upon all parties, all leaders in the ruling majority, both the Social Democrats and the Farmers and Greens. The disputes are indeed becoming what I would call unattractive. Sooner or later the nation will demand a result and responsibility. They should not wait for peopl