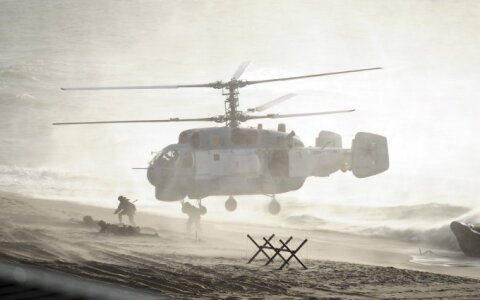 Lithuania's intelligence on Monday warned about possible provocations held in conjunction with the Russia-Belarus war games to take place close to Lithuania's borders in September, adding that the training scenario includes an armed conflict with NATO.

"The well-developed levers of Russian influence in Belarus, the possibility of provocations or premeditated incidents on the Lithuanian and Polish border cannot be ruled out during the Zapad 2017 military training," reads the annual report of security threats published by the State Security Depar