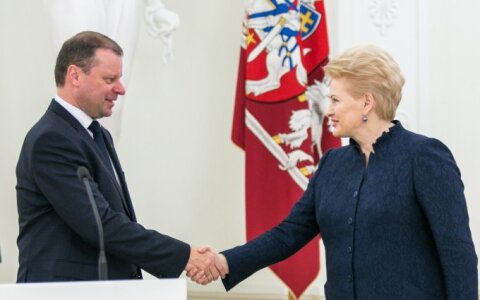 Prime Minister Saulius Skvernelis delegated by the ruling Farmers and Greens Union remains the most appreciated public figure in Lithuania, favored by more respondents than a month ago, shows a survey published by Lietuvos Rytas daily on Saturday.

President Dalia Grybauskaitė ranks second on the popularity list, with ratings rising to 64.3 percent in March, from 61.7 percent a month ago. The head-of-state is di