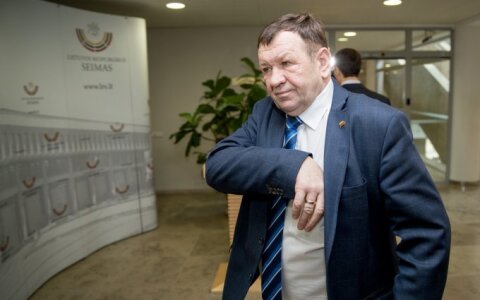 The Vilnius Regional Prosecutor's Office has launched a pre-trial investigation into sexual harassment allegations against Kęstutis Pūkas, a member of the Seimas.

The probe was opened after receiving complaints from four women, who claim that they have been sexually harassed by Pūkas, the Prosecutor General's Office said.

The lawmaker denies these accusations and says that he will not step down as a member of the Seimas.