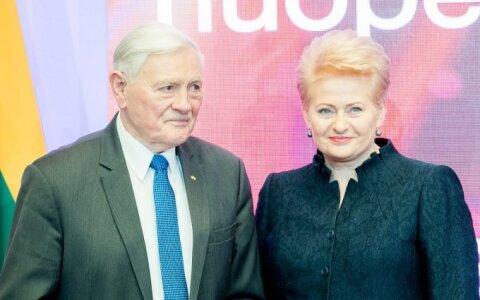 Former President Valdas Adamkus is the most favored politician in Lithuania, followed closely by incumbent President Dalia Grybauskaitė and Prime Minister Saulius Skvernelis, according to a survey conducted by the pollster RAIT for BNS.

The survey has found that the two most disliked politicians are Valdemar Tomaševski, leader of the Electoral Action of Poles in Lithuania–Christian Families Alliance (EAPL-CFA), and Rolandas Paksas, Lithuania's impeached president and a former leader of the Order and Justice party.