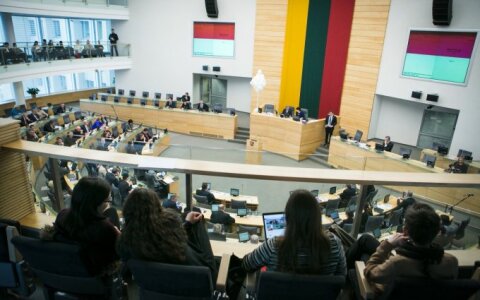 The ruling Lithuanian Farmers and Greens Union (LFGU) continues to top popularity rankings, with 29 percent of respondents saying they would vote for it if general elections were held next Sunday, according to a survey conducted by the pollster RAIT for BNS.

The conservative Homeland Union–Lithuanian Christian Democrats lags in second place with 14 percent support, followed by the Lithuanian Social Democratic Party (LSDP) with 9 percent and the Liberal Movement with 7 percent.