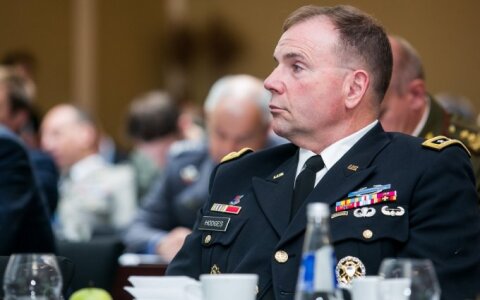 Lieutenant General Ben Hodges, commander of the United States Army Europe, has applauded Lithuania's plans of earmarking 2 percent of its gross domestic product (GDP) to defence next year, emphasizing that the way of spending the money was even more important.

"First, congratulations, but even more important is how Lithuania intends to spend that. I think modernization is important and (…) you need to invest in people," Hodges told Vilnius journalists after meeting with Lithuania's Chief of Defence Lieutenant General Jonas Vytautas Žukas on Wednesda