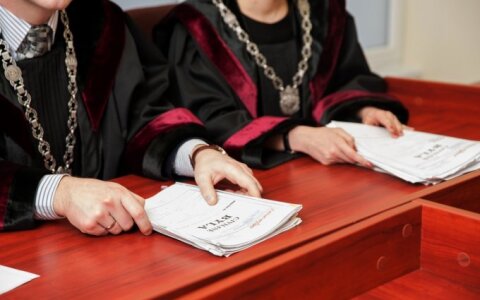 At the court
Foto: TEISMAI.LT
aA

Viktoras Aidukas, judge of the Criminal Trials Division at the Supreme Court of Lithuania who has been questioned as special witness in the influence peddling probe conducted by the Special Investigation Service, should step down from office, says Supreme Court chairman Rimvydas Norkus.

In his words, Aidukas would find it difficult to conduct his powers at a judge in the current situation.

Norkus said Aidukas had pledged to make up his mind within a few weeks.

Last Thursday, Aidukas was questioned as special witness in the probe of influence peddling by a prosecutor