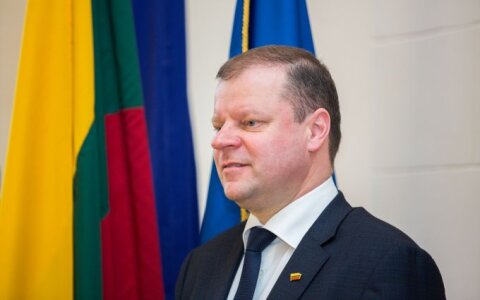 Lithuanian Prime Minister Saulius Skvernelis plans to focus on energy issues, such as the planned synchronization of the Baltic power transmission grids with the Western European system and the safety of the Astravyets nuclear power plant under construction in Belarus, during Thursday's meeting with German Chancellor Angela Merkel in Berlin.

Skvernelis thinks that Germany can help make the safety of the Astravyets plant an important issue on the EU agenda and use its influence to convince Poland to join the Baltic countries in their bid to disconnect their grids from the Russian energy system.

"Germany is now one of the leaders