Lithuania deserves our defence - German Minister of Defence in Munich 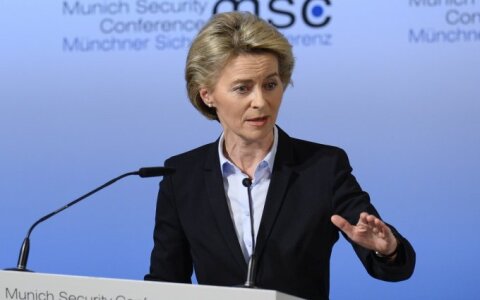 In her address to the participants of the conference, she gave a brief overview of Lithuania's history: Soviet and Nazi occupations, the singing revolution and the Soviet aggression of January 13 1991.

"With courage and pride, the people of Lithuania prevailed against an adversary that seem

Lithuania deserves our defence - German Minister of Defence in Munich