Lithuania at the Berlin Film Festival 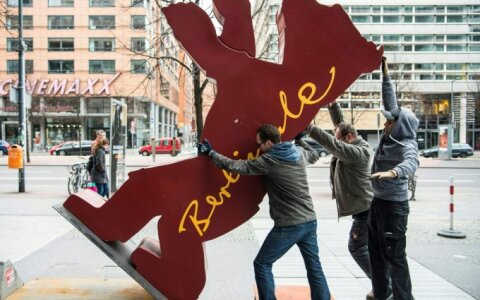 Lithuania will be hosting a stand at the European Film Market, an international film industry event that takes place during the Berlin International Film Festival and opens today. The stand will present Lithuanian film industry, tax concession for film production, and the latest Lithuanian projects. Two feature films supported by Lithuania will be screened for foreign film professionals, and a Lithuanian project will be introduced in the special “Berlinale Talents” programme.

Like every year, the latest national productions will be presented for film professionals from around the world. 124 projects including 14 films dedicated to the centenary of the restoration of national independence have been included in the special bilingual publication Lithuanian Films 2016–2

Lithuania at the Berlin Film Festival