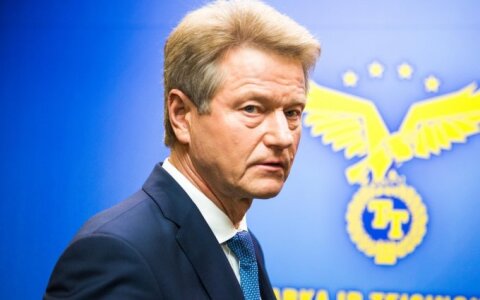 The European Parliament's Committee on Legal Affairs has asked Lithuanian Prosecutor General Evaldas Pašilis to attend hearings on stripping MEP Rolandas Paksas of his immunity in an influence peddling case.

"I can confirm that the prosecutor general has been invited to present the facts regarding the ongoing pre-trial investigation. In the parliament's practice, this is an exceptional occurrence," Robertas Pogorelis, the European Parliament's spokesman in Lithuania, told BNS on Thursday.