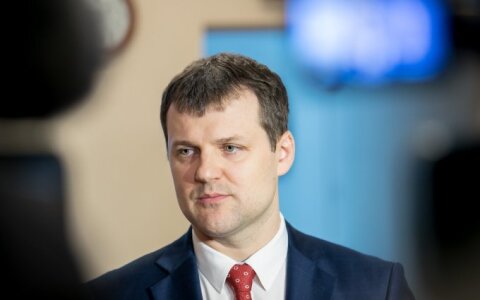 Vilnius Vice-Mayor Gintautas Paluckas confirmed on Tuesday his intention to run for the post of leader of the Lithuanian Social Democratic Party (LSDP).

"I want to confirm that I agree to be nominated as a candidate for the party's chairperson election. I am doing so deliberately, because I care about the prospects of the party and leftist values in Lithuania," he told the party's members in a letter.

Paluckas says that he has a plan of how