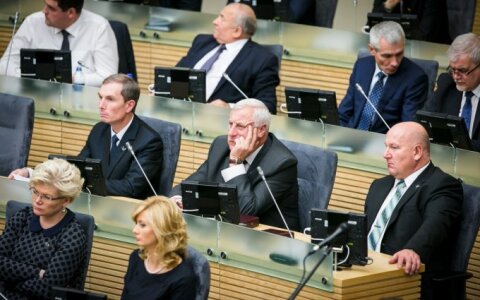 The Seimas will work out a separate law to set out the duties, rights and guarantees of the activities of members of the Lithuanian parliament.

A working group appointed by the Seimas board has until April 30 to draft the bill.

"The Constitutional Court has explained that there must be such legislation to define the guarantees of the activities of the Seimas members," Rima Baškienė, first deputy speaker of the parliament, told BN