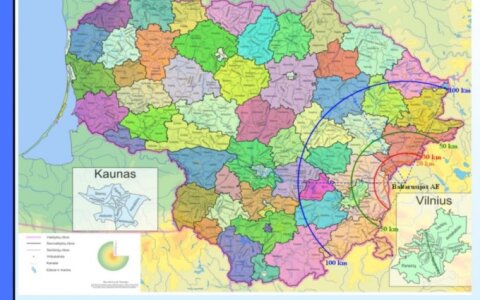 Lithuania's Foreign Minister Linas Linkevičius on Thursday met with representatives of various political groups of the country's parliament, urging them to pool their efforts over the Astravyets nuclear power plant under construction in Belarus some 50 km from Vilnius.

"A unified Lithuanian stance and cohesion is the fundamental condition for defending Lithuania's interests," the minister said in a press release issued after the meeting.

According to the communique, Linkevicius and the parliamentarians discussed "the threats of the Astravyets Nuclear Powe