Karbauskis – I am no liar 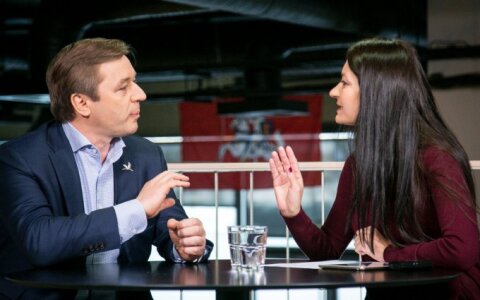 Lithuanian Peasant and Greens Union (LVŽS) Chairman Ramūnas Karbauskis assured in a Delfi conference that he and member of Seimas Greta Kildišienė are “only tied by work relations”. The politician also explained why his family lives abroad and assured he is no liar.

Karbauskis has recently been called to explain why his deputy, member of Seimas G. Kildišienė drives a Range Rover SUV belonging to his company Agrokoncernas, with the vehicle being leased by her mother according to sources. The member of Seimas did not declare this deal and this has raised que

Karbauskis – I am no liar