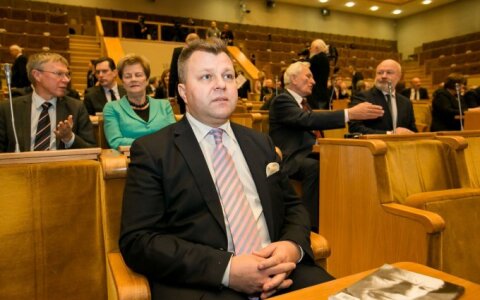 The Lithuanian Prosecutor General's Office has asked the Seimas to lift the legal immunity of two lawmakers -- Mantas Adomėnas of the conservative Homeland Union - Lithuanian Christian Democrats (TS-LKD) and Naglis Puteikis, a member of the Peasant and Green Union's political group in the parliament -- in separate defamation cases.

"There are requests to the Seimas -- by order of the court because these are private prosecution cases, not a pre-trial investigation -- regarding the removal of legal immunity for Adomėnas and Puteikis," Elena Martinonienė, spokeswoman for the Prosecutor General's Office, confirmed to BNS on W