ForMin Linkevičius' post-Brexit wish to UK: Preserve "what has been created" 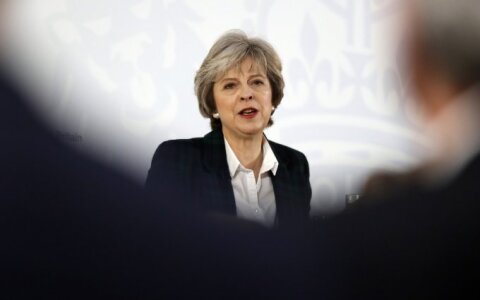 PM Theresa May during the Brexit speech
Foto: Reuters/Scanpix
aA

Lithuania's Foreign Minister Linas Linkevičius has said that the United Kingdom should not start its relations from zero after leaving the European Union (EU), suggesting to "preserve that has been created."

"The determination to start everything from zero is ambitious and complex but we expect and wish that the result is preserving what has been created," Linkevičius told journalists at the Foreign Ministry on Tuesday evening.

Britain's Prime Minister Theresa May has said that the United Kingdom would most likely withdraw from the single EU market after leaving the EU as part of its efforts to curb immigration.

Linkevičius said that Brexit should not affect the Lithuanians currently in the United Kingdom, noting that conditions and restrictions upon arrival in the country could change after Britain's withdrawal from the bloc.

Related articles
Rights of Lithuanians after Brexit must be ensured - EU negotiator
MEP Auštrevičius - The EU and NATO: Finally on the same path

According to data available to the Foreign Ministry, about 200,000 Lithuanians currently reside in the United Kingdom.

In Linkevičius' words, Lithuania wants the United Kingdom to be as close to the EU as possible after Brexit: "Of course, a single market is one of the interests, (…) however, the good thing is that now we have more clarity."

After a conversation with Britain's Foreign Secretary Boris Johnson in Brussels on Monday, Linkevičius said that it was important for Lithuania to keep the current level of security cooperation with the United Kingdom.

"We want (the negotiations) to end positively in a way that would benefit both sides and we want our partnership to be just as strong," said the minister.

UK intends to initiate exit talks with the EU this spring to be able to complete them within two years.

ForMin Linkevičius' post-Brexit wish to UK: Preserve "what has been created"