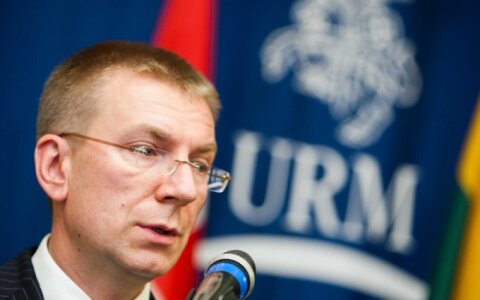 The Latvian government supports the Lithuanian position to demand the highest security standards at the Astravyets nuclear power plant under construction in Belarus, however, does not consider any laws to restrict electricity imports from the utility, says Latvia's Foreign Minister Edgars Rinkēvičs.

In an interview to BNS Lithuania, Rinkēvičs said he was constantly raising security matters in meetings with officials of Belarus and the International Atomic Energy Agency (IAEA), however, added he considered the Astravyets nuclear plant an issue of Lithuania's domestic policy he was not willi