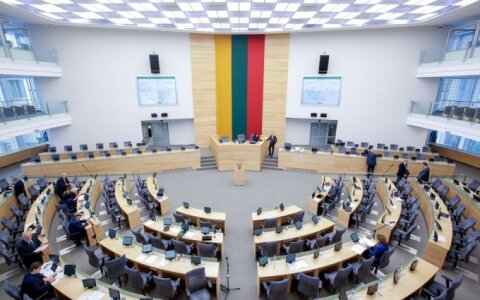 The Lithuanian parliament started on Thursday debates on constitutional amendments aimed at cutting the number of seats in the Seimas from 141 to 101 and moving the date of general elections from October to March.

The draft amendments to the Constitution passed the first reading in the Seimas with 67 votes in favor, 22 against and 34 abstentions and will be now discussed at parliamentary committees.

The amendments were supported by the Lithuanian Peasant and Green Union (LPGU), the Electoral Action o