What prevents opposition to R. Karbauskis in Seimas? 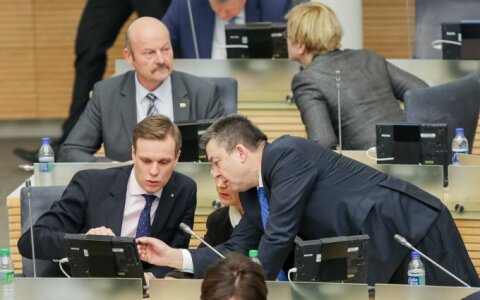 The sort of cooperation found between the Liberal Movement (LS) and Homeland Union – Lithuanian Christian Democrats (TS-LKD) during the 2008-2012 term will definitely not be appearing in this Seimas term and such fragmentation will only benefit the ruling coalition states political scientist Vytautas Dumbliauskas.

Opposition representatives admit it will be difficult to find common ground, while expressing reproach to one another.

The Conservatives, Liberals and Order and Justice members are the three opposition powers and so far they have failed to find common ground regarding the coalition governme

What prevents opposition to R. Karbauskis in Seimas?