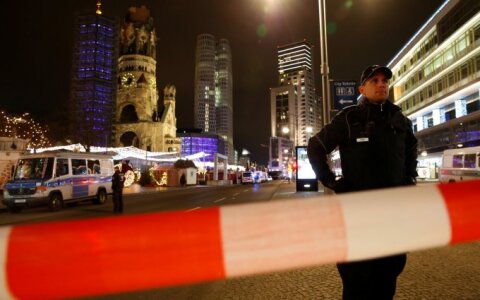 Lithuanian Prime Minister Saulius Skvernelis has denounced Monday's attacks in Berlin and Ankara as "deplorable manifestations of hatred and weakness".

"Such crimes cannot be justified by war crimes in Aleppo or other motives. Blood cannot be washed by blood. Revenge has never led any society or a group of people anywhere," Skvernelis said on his said on his Facebook page.

"Today my thoughts are with those injured in central Berlin and I sincerely feel sorry for the people of Germany and the Russian Federation," he said.

Skvernelis also underlined that the government has found the means to strengthen the country's defense and intelligence capabilities and that crisis management will be stepped up and raised to the government level in the near future as well.

Russia's ambassador to Turkey, Andrei Karlov, was killed in a shooting in the Turkish capital on Monday and a truck later in the day plowed into a Christmas market in the German capital Berlin, leaving at least nine people dead and around 50 more injured.