Bartuška appointed as CEO of Lithuanian Railways, Švedas as board chairman 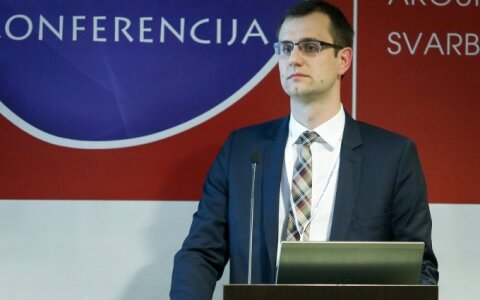 Mantas Bartuška, currently CEO of the state-run oil product and liquefied natural gas terminals operator Klaipėdos Nafta (Klaipėda Oil), has been appointed as a new CEO of Lietuvos Geležinkeliai (Lithuanian Railways, or LG) and Romas Švedas, an independent expert and a former energy minister, has been appointed as chairman of the state railway company's new management board.

The management board of the country's largest company, which has lately come on the radar screen of law-enforcement, approved the appointments at its first meeting on Friday, marking the first time since independent hat a new minister has replaced the management of a state-owned enterprise so qui

Bartuška appointed as CEO of Lithuanian Railways, Švedas as board chairman