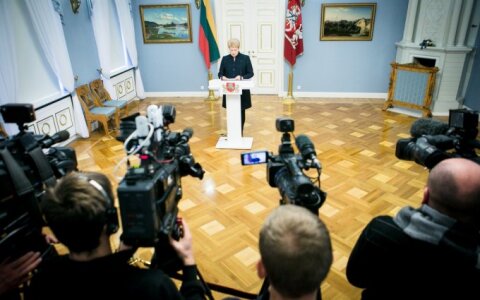 The new government will take office after its program is endorsed by the Seimas and the ministers are sworn in.

The members of the new Cabinet include