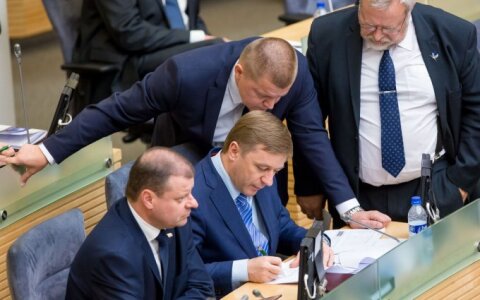 The Lithuanian Peasant and Greens Union (LPGU) and the Lithuanian Social Democrat Party (LSDP) coalition’s “Harmonious Lithuanian Cabinet” programme project only dedicated its very last comments to foreign and defence policy – 10 pages of 117. While the new government does not propose any earthshattering changes, some new accents raise eyebrows.

Already during the election campaign, the LPGU leader Ramūnas Karbauskis assured that foreign policy will be the sphere where we can expect the fewest changes because there are no major issues in it. This is also somewhat displayed by the decision to leave the post of Minister of Foreign Affairs