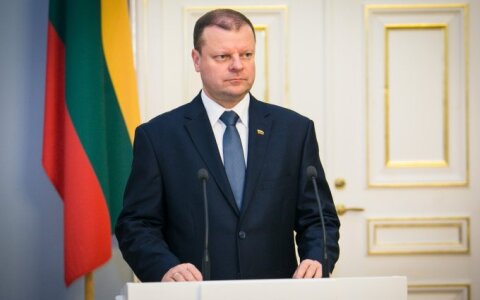 Saulius Skvernelis who has made a successful career from a police officer to candidate for Lithuania's prime minister has never lacked determination or ambition. His impulsive character has so far won him public support, however, can become a challenge in search of complex political compromise.

"As the minister of the interior, he could feel when his position should be stated. It was sometimes different than that of heads of other institutions, for instance, the president or the Seimas speaker. He simply matched the public sentiments," political scientist Ramunas Vilpišauskas told BNS.