Adamkus – any pandering to Russia would be political suicide for Trump 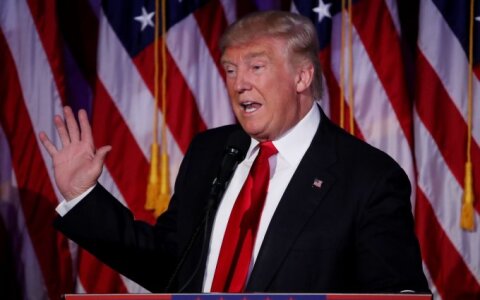 Donald Trump‘s victory in the US presidential elections left the world shocked. Few believed it and most were disappointed. British and other European media describes this as the greatest mistake of the American electorate in history because the real estate magnate is seen as a liar, bully, populist and has gone bankrupt a number of times. What can we expect after Trump‘s victory? LRT spoke with former Lithuanian President Valdas Adamkus, first post-independence head of state and one of the leaders of the independence movement Prof Vytautas Landsbergis, as well as Minister of Foreign Affairs Linas Linkevičius.

- Mr. Adamkus, while you have a preference for the Republican Party, but this time you probably supported the democrat candidate, correct?V. Adamkus: Listening to the speeches of the president elect, I was inclined toward the democrats. It is hard to believe his political line, which sounded rath

Adamkus – any pandering to Russia would be political suicide for Trump