Pavilionis – all is going to be fine with D. Trump 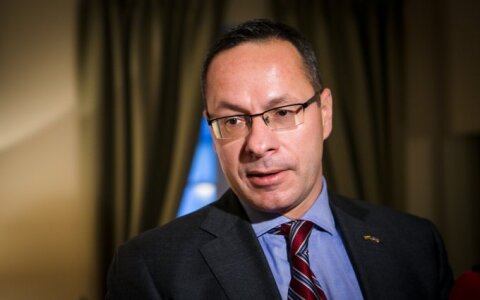 Former Lithuanian ambassador the United States, Conservative member of Seimas Žygimantas Pavilionis states he was expecting the republican candidate Donald Trump to win, even if the victory is yet to be official. Pavilionis notes that there is no real drama in this, a democratic process concluded, the only issue being that Lithuania failed to establish connections with D. Trump’s entourage.

“There’s no drama here, it is simply democracy,” Ž. Pavilionis said during a visit at the US ambassador’s residence.

The former ambassador, now member of Seimas notes that we have to remember that even a large portion of the Lithuanian community in the United States supported the r

Pavilionis – all is going to be fine with D. Trump