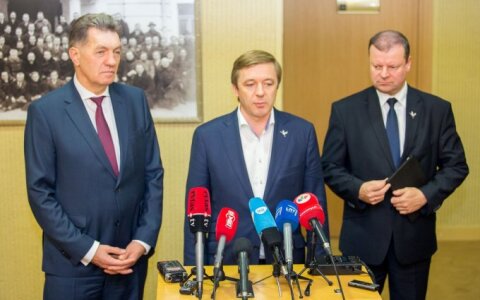 Social Democratic Prime Minister Algirdas Butkevičius sees a good chance of reaching a deal with the Lithuanian Peasant and Green Union (LPGU) on a new ruling coalition, but says that he is worried about the winning party's pre-election proposals that would boost next year's budget deficit if implemented.

"It's more likely than not that we'll agree," Butkevičius, chairman of the Lithuanian Social Democratic Party (LSDP), said on Thursday.

"A potentially contentious aspect is whether we have the same understanding of how next year's budget is planned and adopted, given the promises made by t