Peasants & Greens decide on Skvernelis as candidate for next PM 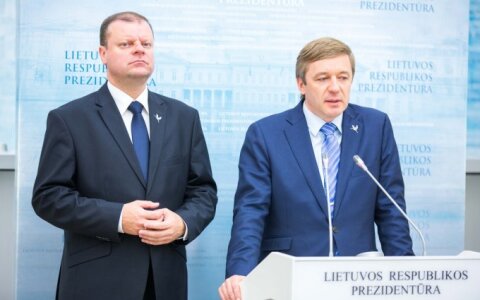 Ramūnas Karbauskis, chairman of the Lithuanian Peasant and Green Union, says that the party has decided on Saulius Skvernelis, the leader of its election campaign, as the party's candidate to become the country's next prime minister, the LRT TV news service reported.

The Peasants and Greens have dropped the idea of proposing Bronis Ropė, a member of the European Parliament, for prime minister. Karbauskis mentioned him as a possible candidate on the election night.

"In light of public discussions, we now think that we will most probably have to return t

Peasants & Greens decide on Skvernelis as candidate for next PM