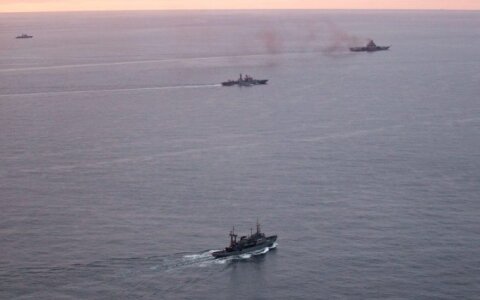 An intensifying demonstration of Russia's military power in the region poses a threat to security not only in the region, but also in the whole of Europe, Lithuanian President Dalia Grybauskaitė said on Wednesday.

Grybauskaitė said this at a joint news conference with her Estonian counterpart as she commented on media reports about a possible deployment by Russia of nuclear-capable warships in the Baltic Sea.

"If this is confirmed, it shows only one thing: escalation between the East and the West is