Peasants & Greens' leader sees Skvernelis or Ropė as next PM 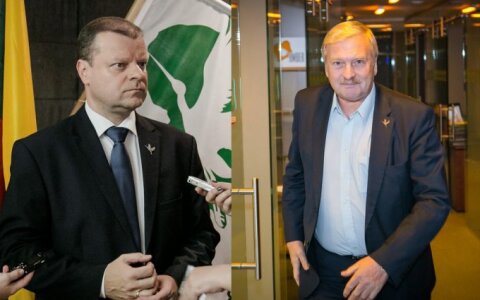 Ramūnas Karbauskis, chairman of the Lithuanian Peasant and Green Union, sees Saulius Skvernelis, the leader of the party's election list, or Bronis Ropė, a member of the European Parliament, as the party's candidate to become the next prime minister.

"There is Bronis Ropė, whom we have mentioned earlier," Karbauskis said on LRT television on Sunday night when asked if Skvernelis was their only candidate for prime minister.

In the chairman's words, the Peasant and Green Union would consider Ropė as their candidate for prime minister if

Peasants & Greens' leader sees Skvernelis or Ropė as next PM