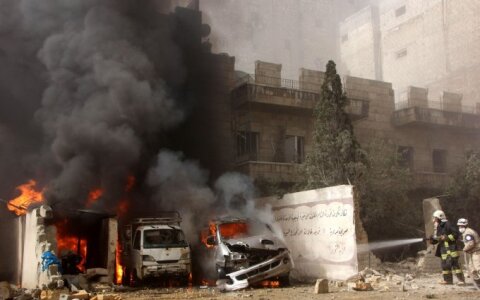 Leaders of European Union (EU) member-states are united on the stance on the Russian actions in Syria, says Lithuanian President Dalia Grybauskaitė, adding that the discussions in Brussels were not easy.

In early hours of Friday, the European Council discarded the open threat to Russia to take sanctions over Aleppo bombing but warned that "all possible options" would be considered, if Moscow fails to stop the atrocities.