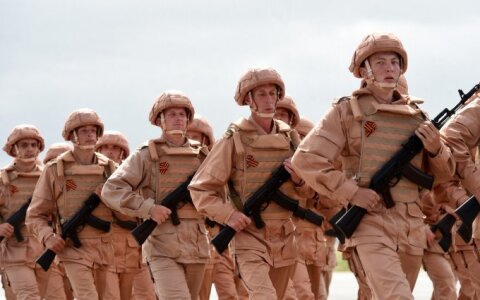 Russia's increasingly active military actions are a geopolitical threat to the Western world, however, the situation should be deescalated to avoid major military conflicts, Lithuania's President Dalia Grybauskaitė said in Brussels on Thursday.

"We are always in support of a dialogue, a constructive dialogue and a relationship, especially when it comes to neighbors. The neighbor is starting to be aggressive and threatening in the geopolitical sense. Therefore, we will always state clearly and unambiguously how things are, at the same ti