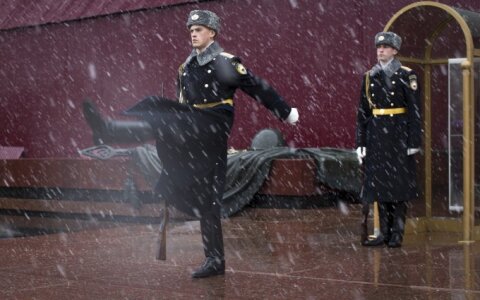 Change of guard near the Kremlin
Foto: AP/Scanpix
aA

Lithuania does not rule out broadening its national sanctions against Russia if the European Union fails to do so at the bloc's level, Foreign Minister Linas Linkevičius has said.

The minister told the daily Lietuvos Žinios that Lithuania is considering adding the State Duma deputies elected in the Russia-annexed Crimea to its list of "personae non grata". If EU-wide discussions on this issue linger on, the country does not rule out imposing national sanctions.