Early voting starts in 2nd round of Seimas elections 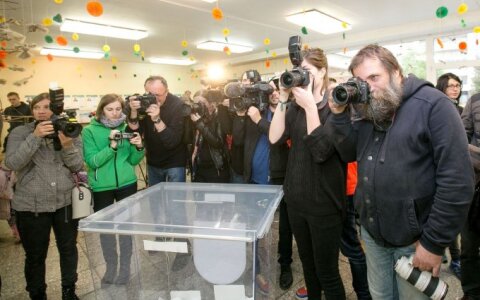 Early voting is starting on Wednesday in municipalities and special post offices in the 2nd round of parliamentary elections of Lithuania, with two candidates competing in 68 single-member districts after securing the highest number of votes in the 1st round. Three new MPs were elected in the 1st round.

Early voting is held in municipalities between 8 a.m. and 8 p.m. on Wednesday and Thursday. Advance voting provides an opportunity for voters who cannot come to their polling station on the election day, October 9.

People who are in hospitals, social care and welfare institutions, performin

Early voting starts in 2nd round of Seimas elections