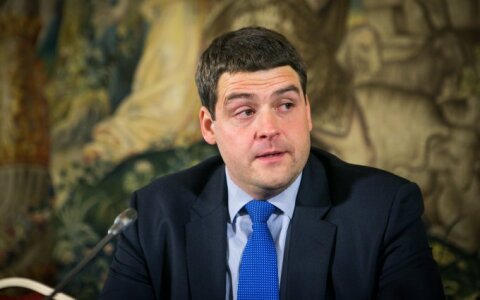 Remigijus Žemaitaitis, acting leader of the Order and Justice Party, says that people detained and questioned on suspicions of vote-buying in Šilutė, in western Lithuania, are linked not to his party, but to the Lithuanian Freedom Union (Liberals).

"Based on what the party's representatives managed to found out yesterday, none of the detained and questioned individuals is a member of the Order and Justice and has never been (the party's election) observer. All seven individuals are linked to the Liberals party and have been (their) represen