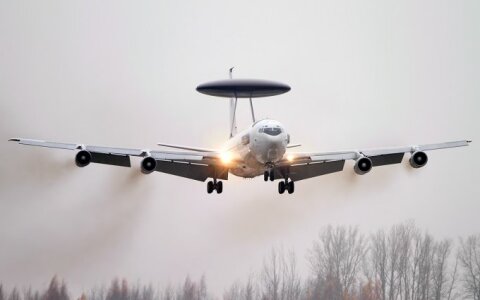 NATO's airborne warning and control system (AWACS) airplane is to land on Thursday in the Lithuanian Air Force Aviation Base in Šiauliai, in the northern part of the country, the Defence Ministry said.

The aircraft is part of the fleet of the E-3A Component, one of two operational elements of the NATO Airborne Early Warning and Control Force.

It will be "a symbolic visit by NATO's E-3A AWACS aircraft in Lithuania to mark over 1,000 operational flights completed by its crew to ensure secur