Conservatives will be in ruling bloc - Landsbergis 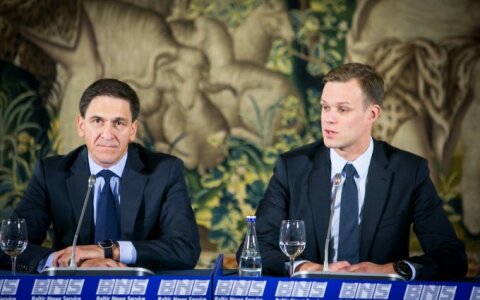 Gabrielius Landsbergis, the leader of the opposition Homeland Union – Lithuanian Christian Democrats (conservatives), believes that the party will be part of the future ruling coalition.

"In our opinion, we will be in the new ruling coalition," Landsbergis told a news conference organized in Vilnius by BNS on Monday.

In his words, the belief is due to the conversations that are taking place with the Liberal Movement and the election results.

He did not rule out that t

Conservatives will be in ruling bloc - Landsbergis