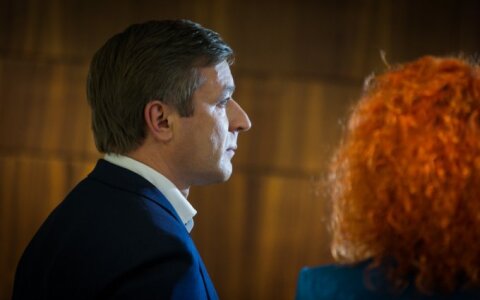 Ramūnas Karbauskis, leader of the Lithuanian Peasant and Green Union (LZVS), says that his party will hold no coalition talks on the election night.

Karbauskis said after the polls closed on Sunday that he expected his party to win the first round and that they would not hold talks with potential coalition partners until after the second round of the parliamentary elections in two weeks' time.

"We have already said that nobody is likely